Today we received the designs for our new catsuits, training jackets and shorts. It was great to se our designs on the new kit just ahead of our trip over to Ireland for their Champs this weekend.

We think they look great. They're now available to order so contact us if you're interested. We will be organising an evening at Hemel to try sizing.

This weekend is the last big race of the artificial slope season at Kilternan, Ireland. 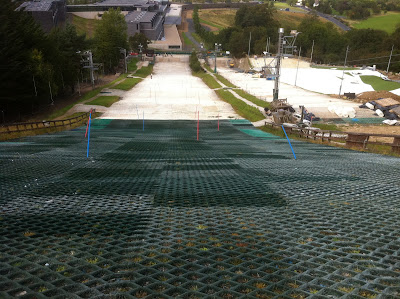 We're joint sponsors of the event with The Great Outdoors who have been sponsoring the event since forever! We're giving away 2 training bursaries to Irish racers. This is a continuation of the long association we have with Irish racing, in fact, this will be the 17th year that Phil has attended the event!

Good luck to all of our racers in Ireland this weekend and those racing at the Ersa Champs at Hemel. 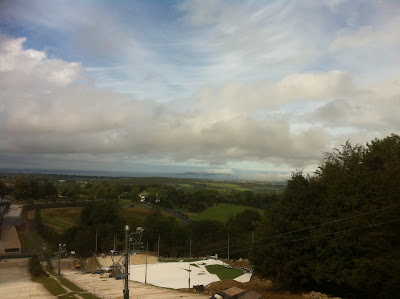 Congratulations to our Bursary winners!

This weekend was the All England Championships, held at Norfolk ski club.
Aosta Race Academy Sponsored the event, giving away four bursaries as prizes. 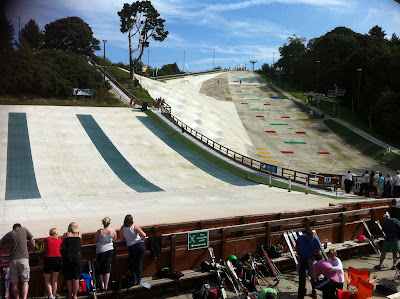 It was a great day with a really good turnout making for some great racing. The first course was set by Sally Bartlett which saw quite a few of the field have problems. The second course was set by Impulse and ARA head coach, Phil Brown. This course initially looked easier than the first but proved to be as tricky for several athletes.

The ARA bursaries were presented after the main prize giving. Phil presented the main awards followed by these. The prizes were drawn from start numbers. We think this gives the racers an equal chance of winning and opens the chance up to more athletes.
Our winners were:
Mini Girls - Megan Skipper from Norfolk
Mini Boys - Thomas Reidy from Norfolk
Ch and Jnr Girls - Ella Ward from Chill Factore
Ch and Jnr Boys - Simon Wilkins from Telford

The above athletes can look forward to a weeks training out at our base in Aosta this season! 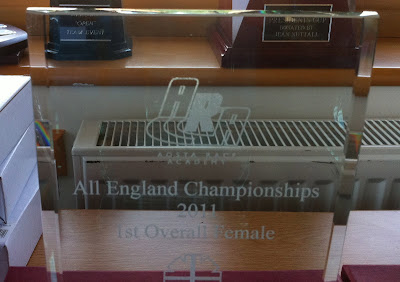