Monday  23rd September saw the 2013 British Independent Schools Ski Racing Indoor Champs, run by BISS Racing and Impulse at The Snow Centre Hemel Hempstead.
There was a great turnout for this inaugural event with 50 teams, totaling two hundred skiers, entered over the two races to be held on the day. Several teams travelled from as far afield as Taunton, Portsmouth, Solihull and Telford, arriving the preceding evening for training at the centre with coaches from Impulse. This gave all the skiers, especially the younger, less-experienced skiers a good opportunity to get used to the conditions before the race.

Race day was busy, with the morning taken up with junior racers and the afternoon with senior racers. The competition was run on a two run format, with the fastest run to count for individual and team prizes.
Some of the best skiing schools in the UK were represented along with many schools for whom this was their first taste of a competition of this kind. The one run to count format was aimed particularly at these groups, taking away an element of pressure for their skiers.
The element of some great prizes donated by several sponsors was a great bonus for the day with a pair of Head skis given away in the morning and another in the afternoon. Accommodation, passes and training for the four team members of the winning teams at the BISS Racing Alpine Championships in Aosta, Italy in 2014 was the schools main prize.

With the conditions initially soft, it didn’t take long to get to the harder snow underneath which, with some great coursework for the coaches on hand, held up excellently through each ccompetition and, in a tightly fought morning competition, Reeds took the team prize, closely followed by Danes Hill and in the afternoon it was Portsmouth Grammar in top spot with Reeds a close second. 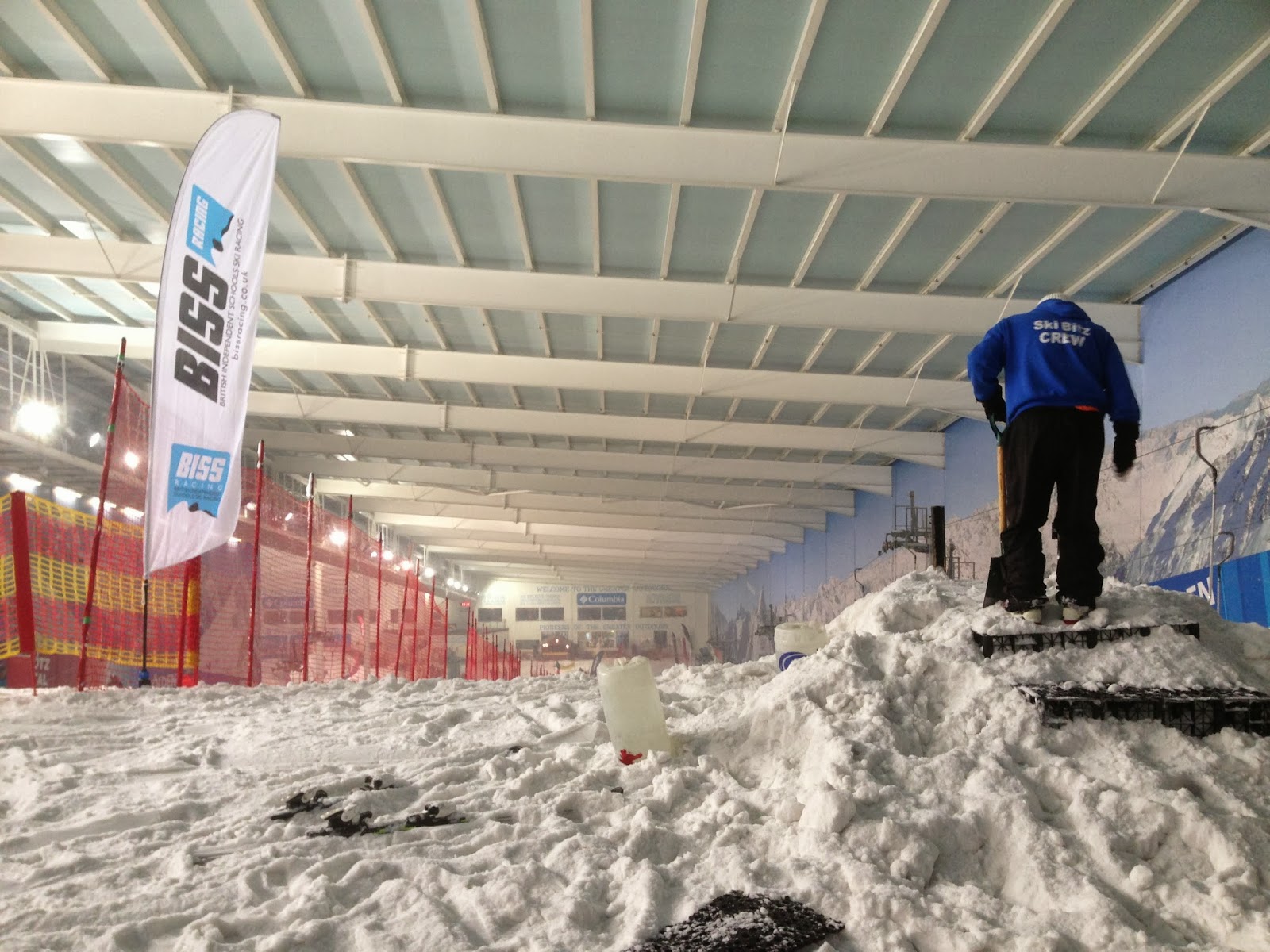 We were fortunate to have Emily Sarsfield on hand to present prizes. Emily is the nation’s number one female Ski Cross athlete, who will be heading to the Winter Olympic Games to represent Britain in Sochi next year. Emily coaches for Impulse when she has time and she is also ambassador for British Snowsports’ new campaign, Go Ski Go Board, and
BISS run races and training for school ski teams in the UK and also in the Alps, in conjunction with Impulse Racing, run by the former national team Head Coach, Phil Brown.
If you or your school are interested in setting up a ski racing team, contact BISS and Impulse Racing, who can advise you; help you build your team; run your training programmes; and help select the racing events at each level.

A huge thanks must go to all the sponsors of the event: